Recently, The Washington Post published an article about the Israeli Government’s abrupt decision to ban the United Nations Human Rights Council from investigating  implications of settlement construction in the West Bank.  Currently there are between 500,000 and 600,000 illegal Israeli settlers in the West Bank.  Most of them are in Area C. This is expressly against the 4th Geneva Convention, which states, among other things, that an occupying power may not settle its citizens in occupied territory.  The banning of human rights investigators always ought to make people of conscience sit up and take notice.

If that were not enough, Haaretz today published an article with a shocking map showing the Israeli government’s plans to expropriate another 10% of the West Bank  in Area C for settlement construction.  A large amount of this land is in the Jordan Valley in the north and in the southeastern area of the Hebron Governate.  With this strategy quietly being put in place, it is no wonder that the Israeli government banned the UN from investigating the settlement plan and the effects of settlements in the West Bank.

In the face of all this, it’s easy to find oneself reeling and hard to find some perspective. Here is mine.  I am not the first to point out that these actions are part of a strategy that has been in place a long time. Long ago it is reportedthat Ariel Sharon, who said he yearned for peace, nevertheless called for Israelis should grab as many hilltops as possible.  The recent Haaretz article is a current example of this idea. The expropriation of land for settlements is the right hand of the plan. On the left hand, we have dispossession and harassment.

Here is a quote from a February 2012 United Nations publication.

“In the first two months of 2012, the Israeli authorities demolished 120 Palestinian-owned structures (76 of these in February), including 36 homes. This forcibly displaced 229 people, some 60 percent of whom are children, and adversely affected 450 others. On average, over 25 percent more people have been displaced per month in 2012 than in 2011 and 125 percent more than in 2010. Over 95 percent of displacement in 2012 occurred in Area C. At least seven of the incidents resulted in the destruction or damage to structures funded by international donors. About half of the people displaced in the West Bank so far this year were in the Hebron Governorate.”  (To read more, go to  UN Monthly Humanitarian Monitor, Feb 2012, p. 1.)

According to a 2011 UN OCHA summary report, (http://reliefweb.int/node/472780), displacement of Palestinians due to home demolitions was up 80% from 2010. In 2011, 1100 Palestinians, over half of them children, were displaced in this way, with 4200 people affected by the demolition of structures related to their livelihoods. The United Nations reports that it was aware of demolitions to 222 homes, 170 animal shelters, two classrooms, two mosques, and 46 rainwater cisterns in 2011 in Area C. According to the UN Humanitarian Coordinator for the occupied Palestinian Territory, tens of thousands of people throughout the territory are at risk for demolition and displacement under current Israeli policies.

The impact of demolitions upon a community cannot be overstated, especially upon its women and children, as they interrupt basic security and cause social upheaval, humanitarian crisis including damage to livelihood, loss of access to basic necessities, and post-traumatic stress. 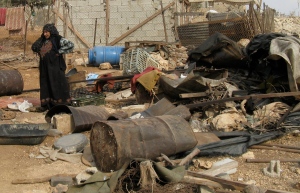 After the bulldozers left in Jaba'.

If you have been reading my blog, you know I often write about demolitions! Recently I posted about a pending demolition order against the Palestinian village of Susiya in the South Hebron Hills, in Area C in the West Bank. 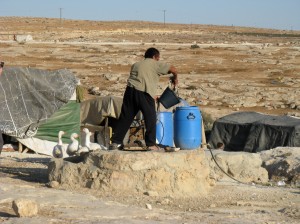 Today the UN OCHA has released a fact sheet on the situation. This is an immediate threat to the village including its primary school.

Yet another current threat in the area is the demolition order pending against several solar and wind energy installations in Palestinian and Bedouin villages in the area. The installations were completed by the alternative energy company, CometME, with international funding in late fall of 2011. These villages, which otherwise had no electric power, now have lights, the opportunity for refrigeration, and better access to communication and labor-saving devices which come with electricity. Nearby Israeli settlements are on the electric grid, but the Israeli government does not extend power to Palestinian villages and even actively destroys such access when brought in by the Palestinian Authority.  If  the people living in Wadi J’Hesh, Isfay al Fauqa, Qawawis, Mantiqat Shi’b Al Butum, and Haribat an Nabi) lose their electricity as planned, it will be one more disheartening episode of harassment of the Israeli government against the Palestinian and Bedouin people.

Meanwhile, families in Wadi J’Hesh, Um al Kher, Um Fagara, Saadat Thalah and numerous other villages in Area C wait for the demolition orders to be carried out against their homes, animal shelters, cisterns and toilets.  Khirbet Ghuwein al Fauqa’s electric poles were demolished by the Israeli army in September. 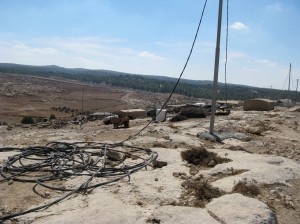 Wires on the ground that once brought power and light to the village of Khirbet Ghuwein al Fauqa, in the background. 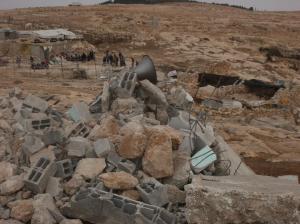 homes and animal shelters were demolished in Um Fagara in November. A woman with nine children lost her home to the bulldozers in Um al Kher in January.  Saadat Tha’lah saw a particularly violent demolition (see the video here; caution, it’s hard to watch)  of several structures in February with significant injuries and deaths of livestock as a result. Imneizil School waits to see if its toilets and cistern will be destroyed.  Even some of its classrooms are vulnerable.  The entire village of Dkaika, which suffered significant demolitions at the beginning of 2011 and just finished reconstructing the partially demolished school, waits to see if all of its structures will be razed.

The Israeli government applies unequal planning and zoning laws to Palestinians and Israelis in Area C.  While Israeli settlements in the area, illegal under international law, can build without zoning plans or permits, Palestinians are required to have both, and are not able to obtain them. In this way, Palestinians are effectively prevented from building a legal structure anywhere in Area C. In point of fact, most of Area C has been expropriated for use of the Israeli settlements or the military, and the permit and zoning regime gives Israel effective control over the rest.

Yet this is Palestinian land!

According to international law, an occupying power has a responsibility to care for the needs of an occupied people.  International law prohibits involuntary transfer of occupied civilian populations unless they must be temporarily evacuated for their own safety during a military engagement.  Nor may it demolish private property. The United Nations and the EAPPI have called for the immediate end to demolition of homes and other civilian structures and for an end to unfair planning and zoning in the occupied Palestinian Territories.

On the one hand, expropriation. On the other hand, harassment and demolition. These, Jerusalem, are not the things that make for peace.  If the peace process will not move forward,  some of the reasons are clear enough. 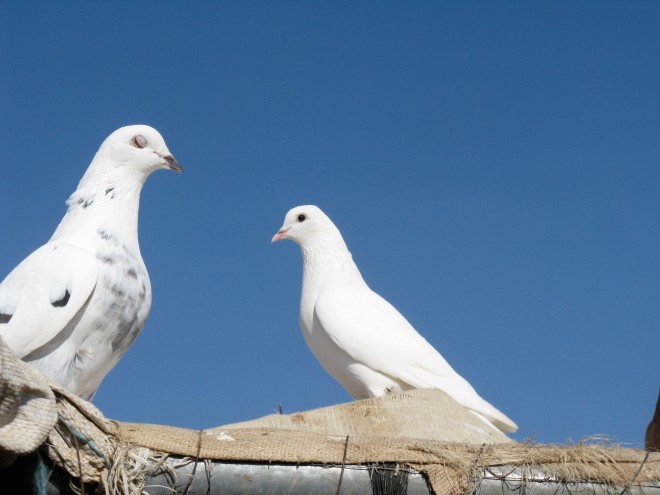 One thought on “Expropriations and Demolitions: Things that make for peace?”